Watch this hilarious video of a talking Yorkie that went viral on the internet. 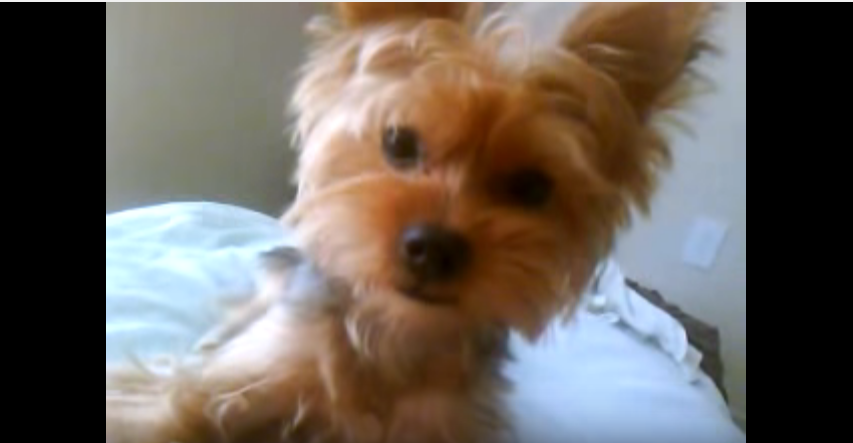 This is Chingu and nope, he is not having some sort of infection or pain. According to his owner, nothing is wrong with him. He is just trying to communicate with his owner. The video went viral on the internet and now gain more than 1 million views on youtube.

The sound may be hard to explain for it is coming from his throat while having his mouth a little bit open. This adorable talking Yorkie also makes some sort of squeaky wheezy noises and tilts his head frequently which makes him look like something is wrong with him. However, there is totally no problem at all. He is just merely trying to communicate, and it seems like he is having a blast.

Is your Yorkie trying to talk to you as well? We would love to hear our thoughts. Share your comments below.

We love yorkies and we love featuring them on our site!
So, if you want your yorkshire terrier to be featured on our gallery, please send us an email with your pictures to: hello@mylittleyorkieworld.com