Prepare to be blown away by the story of this amazing Yorkshire Terrier that “saved owner’s life” TWICE in just one day.

When Yorkie owner Judith Shaw, 60, was about to be get bitten by a loose dog, her amazing Yorkshire, Mae Elizabeth, stepped in front of her owner to defend her from the dog’s attack. Mae Elizabeth did everything she can to defend her owner from severe dog bites and was able to fend off the attack eventually.

“It was really terrifying”, Judith said. 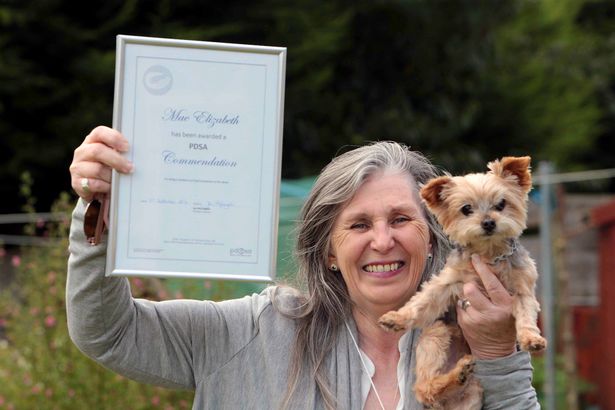 Little did Judith know that her brave dog was about to save her life once more. Later that night, Judith began having chest pains as she found out that her legs were really swollen. Here comes Mae Elizabeth to the rescue. The pinch-sized dog pressed her owner’s pendant which alerted the ambulance and took her to the hospital.

Judith was then discharged after being checked over by doctors.  The brave dog was awarded for her actions by animal charity, the PDSA.