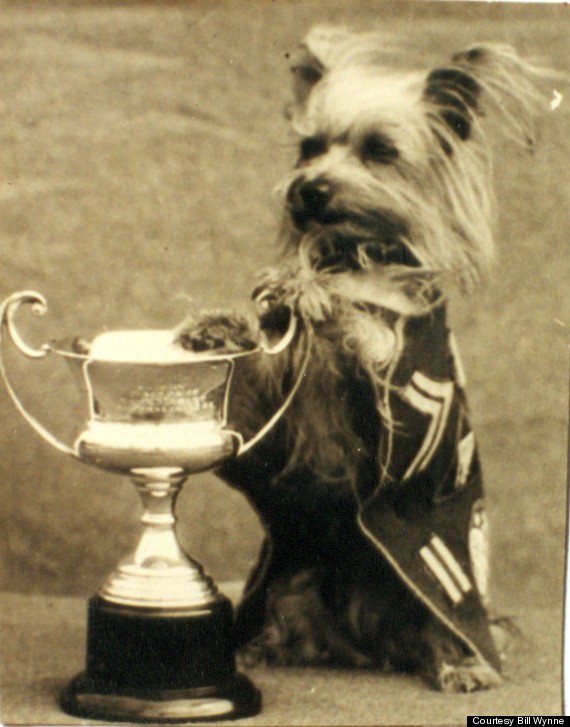 e tiniest hero of World War II just might be Smoky, the female Yorkie who was adopted by Corporal William Wynne.

Smoky was found in a foxhole in the jungle of New Guinea by an American soldier in 1944. Corporal William Wynne bought her for six dollars and forty-four cents, which was the amount of money the soldier needed to rejoin a poker game. Today that would be the equivalent of $87.54. Although it’s doubtful that he could know the amazing impact Smoky would have, his investment was certainly worthwhile.

Cpl. Wynne was a member of the 5th Air Force, 26th Photo Recon Squadron and although Smoky wasn’t an official war dog she accompanied him over the next 18 months. She slept on his blankets, shared his rations, and served on 12 missions. In February 1945 at the Lingayen Gulf Airbase she earned recognition for saving the lives of over 200 personnel and 40 planes by carrying telephone wire through a pipeline for seventy feet. Cpl. Wynne tied the wire to her collar using string and called to her from the other end of the pipeline. In minutes the tiny Yorkie accomplished what would have taken the men 3 days and exposed both them and the aircraft to active raids. Her bravery continued on through a typhoon in Okinawa, parachute drops, and live fire situations. Her bravery never wavered and her spirit never diminished. She even warned Cpl. Wynne and his fellow troops of incoming fire while aboard a ship.Save

When Cpl. Wynne came down with dengue fever his friends brought Smoky to him at the 233rd Station Hospital. That’s where Smoky’s other talent was discovered; she helped liven the mood in the hospital and brought joy to the soldiers who were there. The nurses took Smoky for patient rounds during the day and at night she stayed by the side of Cpl. Wynne. After Wynne and Smoky came home they continued touring hospitals and even found themselves in Hollywood on TV. Smoky even starred in a TV show lasting forty-two episodes and never repeated a trick! She is the first therapy dog on record and continued visiting hospitals, performing tricks, and bringing joy until she retired at the age of 12 in 1955. Two years later she died in her sleep at home.on. 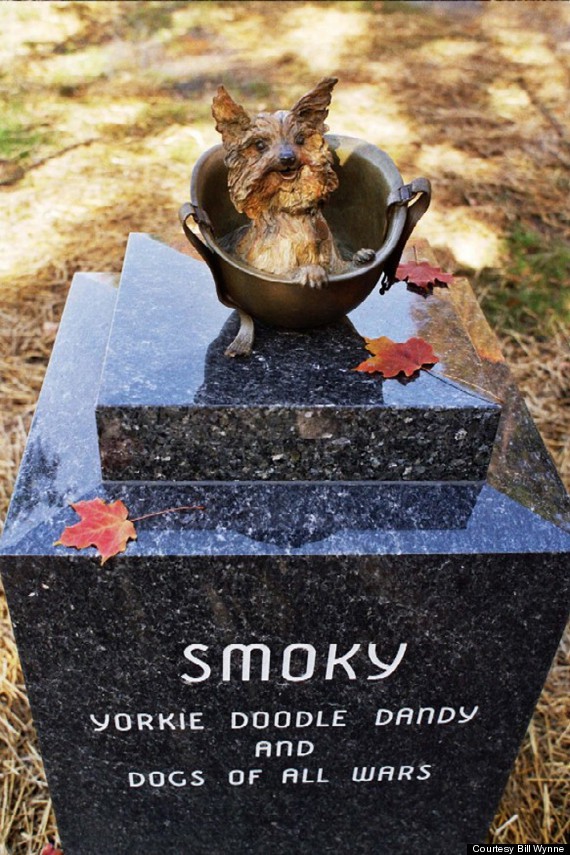 Smoky’s wartime bravery earned her multiple battle and combat mission stars; her personality earned her the respect and love of the soldiers she visited and the folks at home who watched her on TV. This little dog, who could comfortably fit inside a soldier’s helmet, accomplished larger-than-life feats. Her services are memorialized at six locations around the U.S. and one in Australia: AKC Museum of the Dog (Missouri), Hickam Air Force Base (Hawaii), Smoky and Dogs of All Wars Memorial (Ohio), Ohio Veterinary Medicine Association (Ohio), University of Tennessee College of Veterinary Medicine (Tennessee), Royal Brisbane and Women’s Hospital (Queensland, Australia), and as the inspiration for the Smoky Award that is sponsored by the Yorkshire Terrier National Rescue Organization.